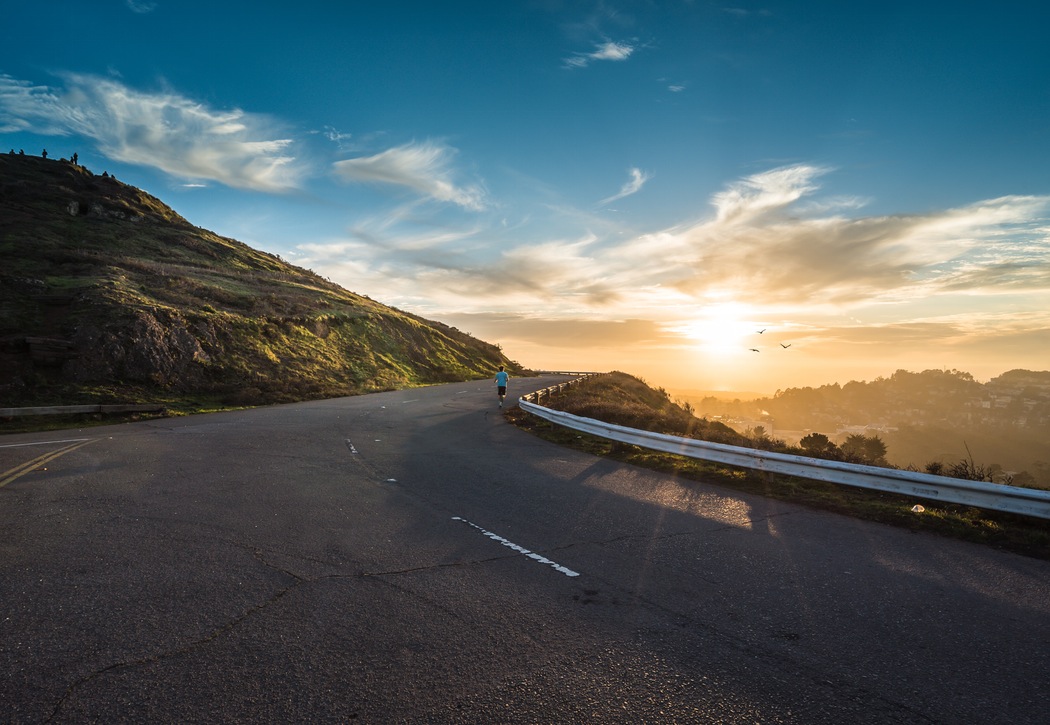 Make it to the hall of fame!

…and many other testimonials too

People I've worked with tend to speak a lot about their change!

“I have suffered from dizziness for years. I had gone to many doctors, trying to find relief. Thanks to my Nutrition Response Testing program, my dizziness is no longer an issue!”

“After following my nutrition program for only a few months, my A1C, that measures my average blood sugar level, went from 6.7 to 5.3! ”

When I would eat, I would get really sick and would throw up often. I was terribly underweight and felt like I had no future. I am only in my early twenties and I was losing hope. After a short time of coming to Master’s Design and working with Sandy, I am able to eat, I don’t get sick and I have put on weight and am maintaining the normal weight for my height. I am so thankful; I now believe that I have a promising future ahead of me! -G.S.


I have had nose bleeds several times a week for YEARS, as far back as I can remember. After coming to Sandy for a short time my nose bleeds have completely stopped! -R.S.


Good morning! Happy Friday.... just wanted you to know that I have felt better in the last week than I have in a very, very long tome - mentally and physically! Thank you! -S.M.


My dental check-up was great. My receding gums improved! All ones and twos now which is terrific for my age, the threes and fours are gone. My Nutrition Program and the Revitin toothpaste, that you recommended, is really working! -T.B.


I had a lump in my breast that really scared me, thanks to Sandy and my nutrition program, the lump was gone in just a few weeks! -C.B.


I haven’t been able to eat red meat for many years. Every time I ate it, I would get deathly sick so I took it out of my diet. Thanks to my Nutrition Response Testing program, I can eat red meat and I don’t get sick. I am really enjoying eating out again! -S.K.


I suffered with neck and shoulder pain for years. I had been to several doctors, taken many rounds of physical therapy, tried massage therapy, and went to a chiropractor. Nothing gave me lasting relief. It got to the place that I was taking narcotics for the pain because sitting for any length of time became almost unbearable. Thanks to my Nutrition Response Testing Program, I am almost completely pain free and I am so thankful! -S.C.


Hey- just wanted to give you an update. Just doing the 2 doses of the new supplement. My wrist pain is like night and day today! There was a “cooling” feeling in my wrist all morning. I’ll take it! -N.D.


Our 5lb. Maltese was in Kidney Failure and our vet told us to put him to sleep. It is 5 years later; he is on a nutrition program and is still going strong! -R.C.


I became Sandy’s client, at first to support my wife in her healing journey and then to start my own. I had not been diagnosed with any ailment or disease, but I certainly was heading in that direction. I presented with a long list of aches and pains that were in my back, knees, hips, feet, and toes. These are all now resolved by nutrition, supplements and detoxification. An unexpected bonus occurred, I lost 30 pounds within four months. My sleep has improved, my blood pressure has lowered, my eyesight has improved and my memory has sharpened. I damaged my fingernail years ago which allowed unsightly long term fungal growth and now slowly a new nail is regenerating. I have moved into the maintenance phase of my program and am very pleased with the health improvements that I have seen in a short amount of time. -R.B.


I have had years of right heal pain that took me to a surgical podiatrist who did Cortisone shots and then bone spur removal. My pain was only relieved for 15 months. I then visited a conservative treatment podiatrist who cares for the feet of the Richmond Ballet Co. The doctor put a lift in my shoe which helped lessen the pain. Next, I went to my chiropractor who manipulated my foot and gave me red laser treatments. Sadly, this too was futile. I learned of Master’s Design and became Sandy Combs’s client. Through real nutrition, supplements and detoxification of multiple metals, chemicals, and pathogens, my heal pain vanished. I continue my program for a much weightier difficulty and in God’s timing, I expect full healing. T.B.

What can I say?? Truly. I spent the last 5 years paying for specialists & surgical procedures to remedy what felt like a decade of painful, symptomatic varicose veins. It later developed into full syncope episodes that put me in the hospital for 3 days only to be sent home with more medical bills & no answers. I was sick and tired of feeling “sick & tired!” I easily spent over $20,000 in attempting to “figure out” what was wrong with me. That’s with premium medical insurance coverage. I had always made excuses for not pursuing a holistic approach assuming it would be “expensive” as it is not covered by medical insurance. I have lived a healthy lifestyle focusing on what I eat, so I assumed that my only option was modern medicine. It wasn’t until I started seeing Sandy in April 2020 that I realized how crucial what I was putting on my body & in my home was to my body’s ability to heal. Eliminating toxins was KEY! I’ve seen major improvement in my circulation & level of pain since starting my program with Sandy. It’s been a healing of all kinds, mind, body & spirit. Turns out at the end of the day the cost pales in comparison to what I was paying in medical specialists, testing & procedures. I have a long road ahead, but it has been so empowering to see that my body is healing through whole food supplements & other methods offered in a holistic way. My life is literally better since beginning my program! The staff could not be more attentive, professional & involved in my healing journey. I highly recommend everyone start a program & take steps towards healing!! No more excuses. No quick fixes. Only steps forward towards identifying root causes of your outward symptoms! It’s worth the investment. Worth the process! -L.P.


School is going great! Joshua is really amazing me lately with what he can remember and how much better he can focus. –K.G.


William has been doing better in completing tasks also he hasn’t had anymore sleepwalking. –A.D.


Thank you, Ms. Sandy for you help. I am feeling much better, not as impatient or quick to anger. I already feel a difference in my memory abilities, so I am grateful for that too. -H.W.


I’m not sure if my mom sent you feedback but her changes have been nearly miraculous. -W.C.


Brian’s overall health has definitely improved. Often when he would eat meat, his brain would totally shut down and he wouldn’t be able to think straight for at least a day. And with his diabetes, it is extremely important that he eat a good amount of protein. Over the past month and a half, he has been able to drop 3 units off of his basel insulin. His thinking processes have definitely shown improvement. His ability to communicate with others has improved, his adaptability has sped up, his sleep cycle is much more constant, and he has been able to set some goals for the future. -J.F.


We have seen a marked change in Adam since his appointment. He is much more cooperative when doing his schoolwork. -K.H.


My pain I was feeling in my back is like night and day. -J.C.

After being rear-ended while sitting at a red light, I suffered brain trauma that left me with severe brain-fog, confusion, & a stammer, which turned into a full-blown stutter. It was truly debilitating, I was overly emotional, and I felt plain “stupid.” After seeing Sandy, the stutter disappeared, my mind began to clear, my emotions balanced back out, and I was able to process what was going on around me “normally.” In my case, especially with the stutter and stammering, the change occurred that very day! If I hadn’t experienced it myself, I would have been hard pressed to believe it! I am so thankful! As for Sandy, I so appreciate her professionalism and her heart for helping people. She is so very conscientious of her client’s time and the money they are paying for her services. That is truly a rare quality! -S.M.


Driving in to work was much easier. No panic when cars were next to me, no panic with 18-wheelers. Thank you so very much! -H.W.

I just wanted to give you an update on Ella’s headaches. She has had several headache free days, a first since her injury. When she does have one, it is often on just one side or just the edges instead of her whole head. She also says she isn’t getting as much motion sickness. -K.H.

Our son always struggled to ride a bike. He was embarrassed; he just couldn’t do it as much as he tried. He was diagnosed with ADHD as well as other learning difficulties. After a few sessions, our ten-year-old son had the courage to get on a two-wheel bike again. To our surprise, he experienced the joy and art of riding a bike the same day! S.B.

So, last night was the first day I’ve eaten (cole slaw, chicken and bbq sauce) and I didn’t have any problems after. Nothing. I had a little pain this morning but compared to the symptoms I’ve been having, I’m shocked. –J.B.


After the session when you worked on Sophia’s pain in her tailbone, her pain level went from a 10 to a 4 and her abdomen is not bloating as much, AND my carnivore is no longer interested in eating all that meat. –S.M.

I have always had to memorize concepts and signals for my job and it was always difficult. Not only were they hard to memorize, but they were even difficult to understand. After working with Sandy, I not only have a greater ability to remember them, but I understand them now too. -H.W.

Drew is really getting his basketball drills down. He also played a scrimmage game and Drew made 3- 3 pointers. –C.G.

Change your life for the better!